Every year, since having the MRSA I have been having issues. I strongly believe this is what may have triggered my mitochondrial Disease to go into hyper drive. I have now been stable for most part since around 2012, but from 2007 - 2011 its been a rollercoaster ride.

​In March of 2009, I suffered from stroke number one and my mom took me to The Cleveland Clinic looking for answers. I had blood work done, urine analysis, an EMG/ nerve conduction test, and lastly a skin biopsy that conformed the diagnoses of SCAD (Short-chain acyl-CoA dehydrogenase) Deficiency with abnormal acylcarnitines. This type of Mitochondrial Disease however did not explain the stroke – like episodes and not much was well know when I was first diagnosed.

​November of 2010, I started developing severe tachycardia were I would get nauseated, dizzy, start sweating (which is NOT normal for me), and vomit. My resting heart rate at that time was 120- 130 beats per min. I could not stand up let along walk without my heart rate jumping 30 - 50 beats. Doctors in town did EKG/Echo, Halter monitor, bubble echo. However once again they had no idea what was really going on, so they just wrote it of as the thalassemia causing issues.

​I later went to Pittsburgh Children's Hospital to see a cardiologist and I had a EKG/Echo, Transesophageal echo (TEE), bubble echo, and a 30 Day halter monitor that only lasted a week, because I had multiple episodes within 1 week that doctor could tell I needed to be on Medication. The cardiologist prescribed a Beta- Blocker and that has really helped me. Little did we know at this time I was developing Dysautonomia and that I have gene that causes Tachycardia.

Later in February of 2011, I suffered from another stroke and in the summer of 2013, I saw Dr. Amy Goldstein at Children’s Hospital of Pittsburgh. She strongly felt that I had another form of Mitochondrial Disease called MELAS (Mitochondrial encephalomyopathy, lactic acidosis and stroke-like episodes) Syndrome. She ordered a Courtagen saliva DNA a test and test results came back with a Polygenic MELAS-like syndrome along with RYR1 (Malignant Hyperthermia) gene, RYR2 (encodes the cardiac ryanodine receptor) gene, PLGRKT (Plasminogen Receptor, C-Terminal Lysine Transmembrane Protein) gene, ACHE (Acetylcholinesterase) gene, & ALDH1L2  (Mitochondrial 10 - formyletrahydrfolate dehydrogenase) gene.

Having Mito is hard, but I do NOT let my disease define me! I stay positive and I want to help others fighting this disease too. I want to be part of the cure, NOT a victim and that's the reason why I created The Mito Life – Living life as Zebras & Butterflies. 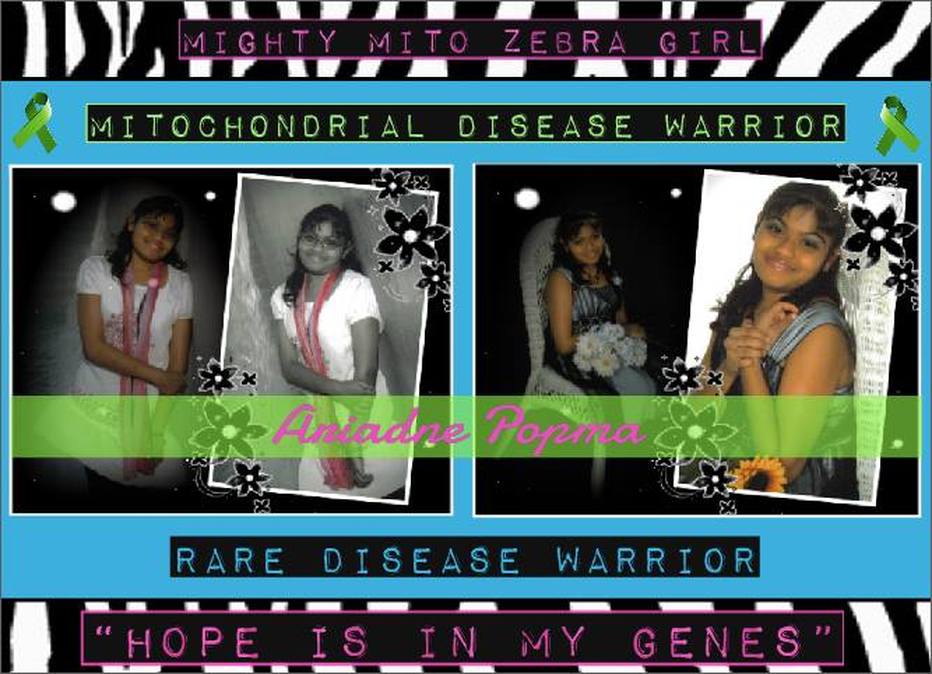 I Have Been Through... 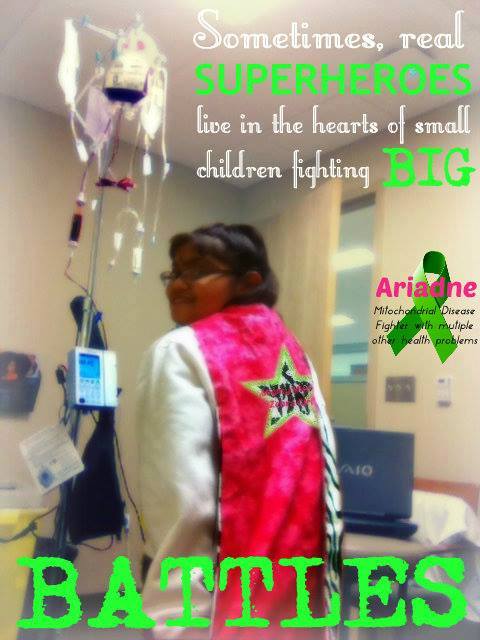